In the beginning God created from his own precious soul a white pearl. And He created a bird called ANQR upon whose back He placed his pearl, and there He dwelt for forty thousand years. Then on the first, Sunday, He created an angel called ‘Izrâ´îl. He is Tâwûs Malâk (peacock angel), the chief of all. On Monday, He created the angel Dardâ´îl, who is sheikh. On Tuesday He created Ishrâfâ´îl, who is Sheikh Shams. On Wednesday He created Mikail who is Sheikh abû Bakr. On Thursday He created ‘Izrâ´îl, who is Sajâdin. On Friday He created Samnâ´îl, who is Nasir al-Din. On Saturday He created the angel Nûrâ´îl who is substitute of Malâk Tâwûs He made him head over them all. Then He created the form of the seven heavens, the earth, sun and moon. Fakhr al-Dîn created mankind, animals, birds and beasts in the pockets of the cloak. Then He brought him up from the pearl accompanied by angels. He gave a great shout before the pearl, after which it split into four pieces. He made water flow from its inside, and that water became the sea. The world was round with no separator. He created Jibrâ´îl after the image of a bird, in whose hands He placed the four corners of the earth. After that He created a ship in which He rode thirty thousand years after which He came and lived in Lâlish, and this is a name of a mountain. He lifted up His voice and the sea became solid and became the earth. They are still quivering. Then He commanded Jibrâ´î l to bring him two pieces of the white pearl. He placed one below the earth and the other He placed at the door of heaven. Then he placed in both of them the sun and the moon. From the scattered fragments of the white pearl He created the stars which He suspended in the sky for decoration. And He created fruit trees and plants on land and mountains to beautify the earth. And He created a throne upon a throne.

Then the Great Lord said to the angels, "I want to create Adam and Eve and make them give rise to mankind. Of the seed of Adam there shall be born ------ and from him shall descend a people on the earth; then the people of ‘Izrâ´îl, that is to say Tâwûs Malâk, and these people are to be the Yezîdîs. Then He sent from Syria Sheikh ´Âdî ibn Musâfir. He came and lived in Lâlish. The Lord descended on the black mountain and gave a great shout thereby creating thirty thousand angels. He divided them into three groups. They worshipped Him from forty thousand years. He delivered them to the hands of Tâwûs Malâk who took them up to heaven. The Lord then descended on the Holy Land and ordered Jibrâ´îl to bring him dust from the four corners of the earth: dust, air, fire, and water. He created Adam and put in him a soul, out of His own might. Then He commanded Jibrâ´îl to put Adam in paradise, and ordered that he might eat from all the fruits of paradise. But He commanded that he should not eat wheat.

A hundred years later Tâwûs Malâk said to God, "What is this? Adam and his offspring are going to be  numerous." God said to him, "Into your hands I have given this matter to minister." Then he came to Adam and said, "Have you eaten wheat?" He said, "No, because God forbade me." He said to him, "Eat of it. Things will prove better than they are now." So he ate, and after he did eat Tâwûs Malâk caused his belly to become swollen. He put him out of paradise, left him alone, and went up to heaven. Adam suffered a great deal from the pain in his belly, for he had no outlet. Then God sent a bird which came and pecked an opening for him. Adam was relieved. Jibrâ´îl absented himself from him one hundred years, during which he became sorrowful and wept. Then God commanded and Jibrâ´îl came and created Eve from the left arm-pit of Adam, after which Tâwûs Malâk descended to earth for the sake of our created people. He set up for us kings other than those of the old Assyrians: Nasrûkh  who is Nâsir al-Dîn; Kâmûsh who is Fakhr al-Dîn; Artimus who is the angel Shams al-Dîn. After that we had tw other kings: Shâbûr the first and the second. Their reign lasted one hundred and fifty years. From their offspring our princes have been descended until the present time. And we hated four kings.

We have abjured the eating of lettuce for it is named after our prophetess, al-Khâsiyah. Also green beans and -------. We eat not fish. This is out of respect for Jonah, the prophet. Also we eat not gazelle, for it was the sheep of one of our prophets. The Sheikh and his discsiples eat not the flesh of the rooster. This is out of respect for the peacock. The peacock is one of the seven gods mentioned. His image is that of the rooster. Also the disciples of the sheikh eat not pumpkin.

We are forbidden to urinate when standing up; nor are we allowed to put on our clothes when seated; nor are we allowed to use a water closet; nor to bathe in a bath room. We are not permitted to pronounce the word Satan, because it is the name of our  God. Nor are we allowed to pronounce any other word that rhymes with it like "qîtân", "shatt" and "sharr". Also the word "cursed", "curse", "sole" and similar words are forbidden to be pronounced. Before the coming of Jesus to this world, our religion was called heathenism. Jews, Christians, and Moslems opposed our religion. Also the Persians opposed us. There was kings, Âhâb and Âm, that since he was from us they used to name the god Âhâb Ba´lzibûb, but now he is name Pir Bûb. Also we had a king in Babylon whose name was Bukhtnassar, and in Persia we had Ahshwawîrush, and in Constantinople we had Aghriqâlus. Before the creation of heaven and earth God dwelt upon the sea. He made for himself a ship and used to sail in the ------- of the seas for pleasure all by Himself. He ruled over them for one year. Afterwards He became angry at the pearl and kicked it with His foot. But what a marvel! For behold out of its roaring, mountains were hewn; and out of its thundering, hills were formed; and out of its smoke, the heavens took shape. Then God went up to Heaven and solidified it and established firmly without any pillars. He then came back to the earth, took a pen in His hand, and began to record the entire creation. Out of His essence and His light He made six gods. Their creation took place as one would light one candle from another. So the first god said to the next, "Behold, I have created heaven only. Ascend you to heaven and create something!" The latter ascended and the sun was formed. He said the same thing to the next, who obeyed; and the moon was formed. In the same manner did the fourth fashion the sky. And the fifth made al-Qaragh, that is, the morning star.

"Once upon a time, A Yezidi shepherd was bringing his flock home to the mountain cave where he lived. Suddenly the sky was torn asunder by a blinding flash of lightning whilst, almost simultaneously, there followed such a roar of thunder as would have deafened a giant. The shepherd flung himself down upon the bare rock, and hiding his face, prayed to the great Power of Life and Death that he might be spared. Then, looking up, he saw an Angel standing in the middle of the Heavens with an enormous spear in his hand. There followed another terrifying clap of thunder, and something was hurled from the sky down onto the crags below. A great gust of wind arose and swept over the mountain tops. The valley shook. Then all was quiet again.

Gradually recovering from his great shock the shepherd rose from the ground and looked around. He saw that a huge cedar had been struck by the lightning and was lying across a deep ravine. On the further bank lay a beautiful peacock badly hurt but still alive. The shepherd crawled across the fallen tree trunk and took the dying bird in his arms. After washing its wounds in a nearby stream, he carried it into the cave which was his home. Without any thought of sleep he tended it throughout the long night.

When the morning came the peacock had completely recovered and spoke to the shepherd in a human voice, saying: 'Be not afraid, man, you were kind to me in my misfortune, so I will reward you and all your descendants. I am the Spirit of Evil thrown out of heaven by my twin, the Spirit of Good. But I am not conquered. On earth, as in Heaven, I shall continue the struggle. Amongst men I shall spread sorrow and instill my poison in their hearts so that the great conflict will be implanted within them. Teach your descendants to accept Evil as you have accepted me. Be compassionate towards evil both in yourselves and in others. Delight me with songs. Placate me with prayers. Tend me as you have tended me last night.' So saying, the Angel Peacock, Melek Taus as we call him, spread his wings and flew away over the inaccessible mountain-tops.

That is why we Yezidi, the descendants of that compassionate shepherd, sing hymns to appease and glorify the Spirit of Evil to this very day. Our hymns are scorned by the rest of the world. Both Christians and Muslims alike hate and persecute us. They call us 'Muraddun' - Infidels and Devil-Worshippers. Our priests, Qawasls, travel secretly and do not wear priestly robes. They carry with them, hidden away from Muslim and Christian eyes, the effigy of a peacock. When we pray, we do not turn towards Mecca like the Muslims but towards the Polar Star, the immovable source of light in darkness, the point of the axis round which the whole universe resolves. We honor Wednesday as our day of rest, not Friday like the Muslims, nor Sunday like the Christians. A quarter of all we earn we give to the poor. Churches we have none, for if we built them they would be at once destryed by either Muslims or Christians. But we are not angry. We do not hate our persecutors because our religion bids us to be tolerant." 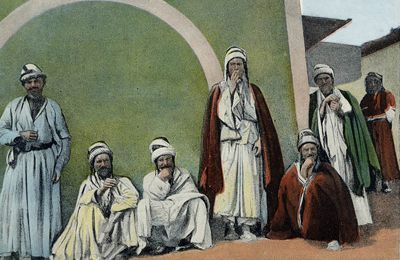 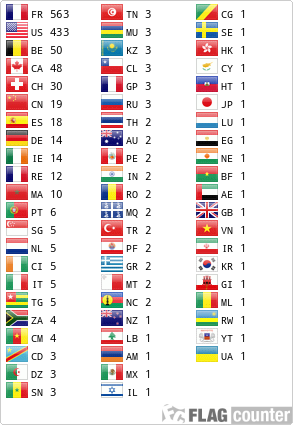 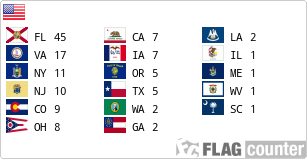